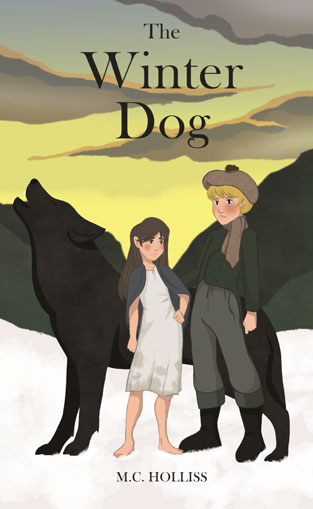 The Winter Dog is the first story in The Callum Adventures.

“The freezing cold water swept over his face and filled him with terror. He tried to shout, but his voice disappeared as he swallowed another mouthful of water. He gasped for breath. ‘Think Callum,’ he shouted to himself and then he saw the large tree trunk, which had fallen into the river. ‘I must reach that,’ he thought.’ It’s my only chance.’ The river swept him towards it and he grabbed hold, but his hands were now so cold that he couldn’t find the strength to climb on. Just as he was about to lose his grip, a dark shape leapt onto the trunk. It was the Wolf and gripping the sleeve of Callum’s coat with its teeth, began to pull him out of the river.”

It is early in the 19th century in Scotland. Walking home from school, one snowy, winter day, Callum discovers what looks like an injured dog. It turns out to be a wolf! During the dangerous adventures that follow, a deep bond is built between them and the lives of Callum and his family will never be the same again!

‘This is an exciting and nail-biting tale that children will love. It gives a real sense of the hardship of everyday life, both rural and urban, in nineteenth century Scotland. Interestingly, the debate continues about the re-introduction of once native species to the wild but the jury isn’t out on praise for this book, which, hopefully is the first of many featuring Callum and his friends.’ – Drena Irish, A LoveReading Ambassador

You can find out more about Callum here.

The Winter Dog was selected on Love Reading 4 Kids to feature on their website as part of their ‘Indie Books We Love’! 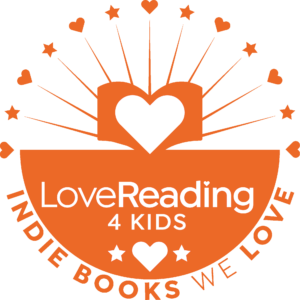