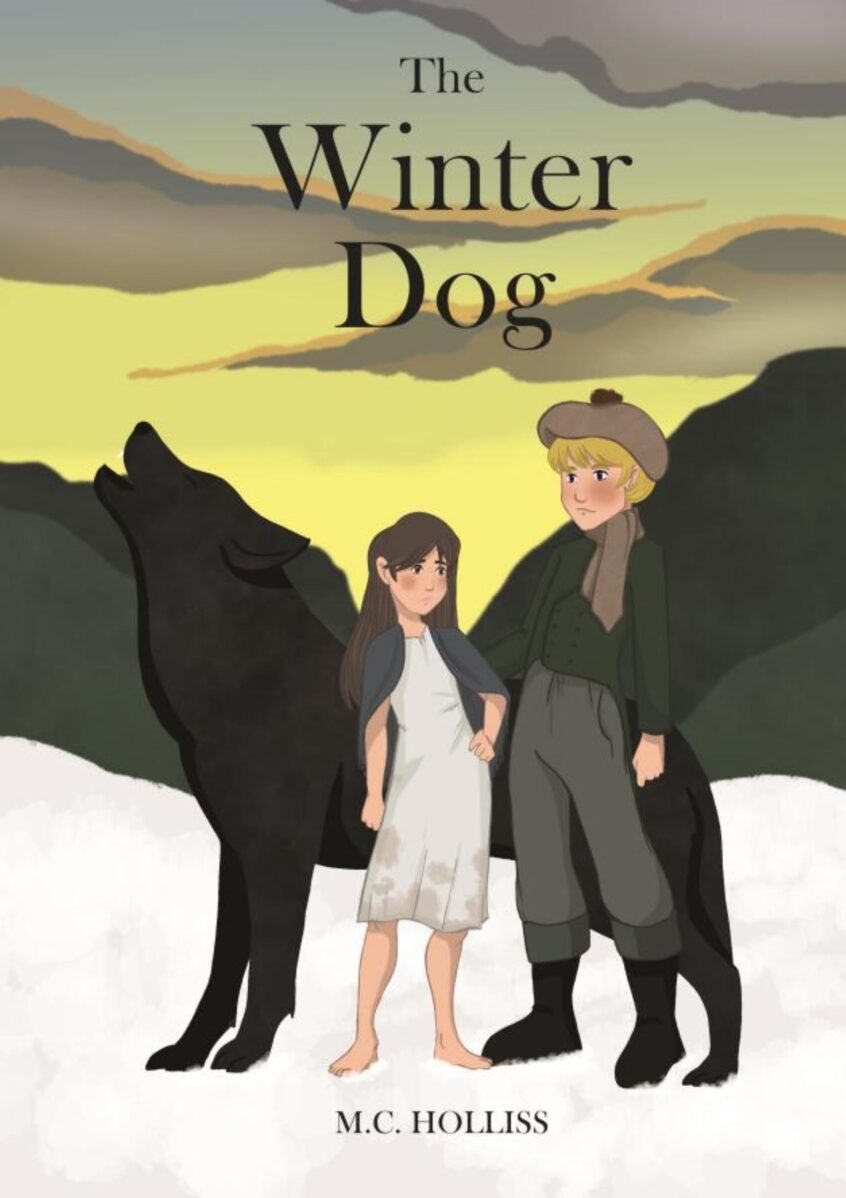 Callum trudged home through the thick snow. It was late December. It wasn’t fair that he had been made to go to school that day, just because he lived near enough to get there in any weather. He walked slowly, thinking hard and hadn’t noticed that the light was beginning to fade and that it was getting much colder. It had been freezing for days and today was even colder.

At school that morning, the Dominie had told those children who had managed to get to his small schoolroom in the village, a story about the boy who cried wolf. The tale had been meant to teach the children not to waste people’s time, but this particular version of the story ended with the boy being eaten by the wolf and this had really bothered Callum. He couldn’t get the thought out of his mind.

He struggled on down the lane. The hedges on each side were completely covered with snow. It felt like he was walking through a white tunnel. ‘Were there any wolves around here?’ he wondered. He shivered at that thought and pulled his tammy down further on his head and tightened his scarf.

It started to snow again and the large flakes blew into his eyes, so he had to squint. Then, out of the corner of his eye he noticed a dark shape lying in the ditch. It couldn’t be! Could it? Surely not! He hurried on, reminding himself that there were definitely no wolves in Scotland, or at least that’s what he’d always been told. ‘What if it was injured? I really should go back and help it,’ he muttered to himself.

Bravely he turned round and retraced his steps, cautiously. There it lay. ‘It’s only a large black dog covered in snow,’ Callum said to himself and he bent down to touch the animal. It weakly raised its head and then tried to move. It looked exhausted. “What shall we do with you?” Callum whispered, stroking the poor creature’s side. ‘He’s a lot bigger than the usual dogs round here and far too heavy for me to lift,’ he thought.

He remembered seeing an old sack further back in the lane. “I know what to do,” he said to the creature. “I won’t be long” and off he went, looking carefully for the sack, for it was still snowing hard. Luckily, it didn’t take him long to find it.

On his return, he knelt by the side of the dog and using all his strength, rolled it onto the sack. The poor creature groaned and lifted its head slightly, before laying it down again, with a sigh.

It was only then that Callum saw the broken piece of wood sticking out of the animal’s side. Around it, its fur was covered in dried blood. Callum had once seen an injured sheep and knew how long it took to nurse it back to health. “I’d better get you home quickly and get you some help,” he said.

Callum gathered up two corners of the sack and started to pull the dog up the lane, towards home. It was now almost dark and his mother would be worrying.

The Winter Dog is available on Amazon.

Also, check out the review of The Winter Dog from Love Reading 4 Kids.

There are so many reasons to read, here just one..

Time for another reading adventure! #magicalhist